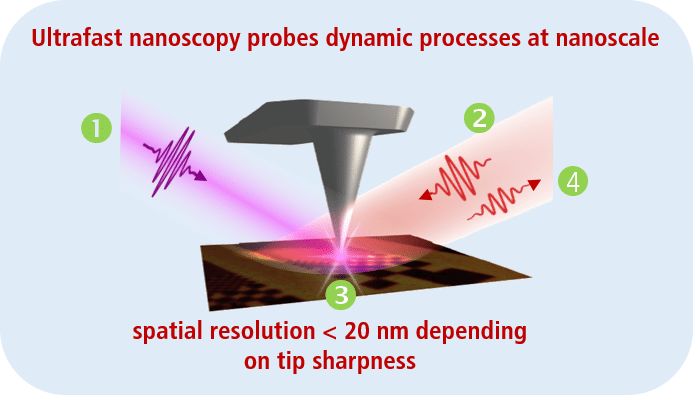 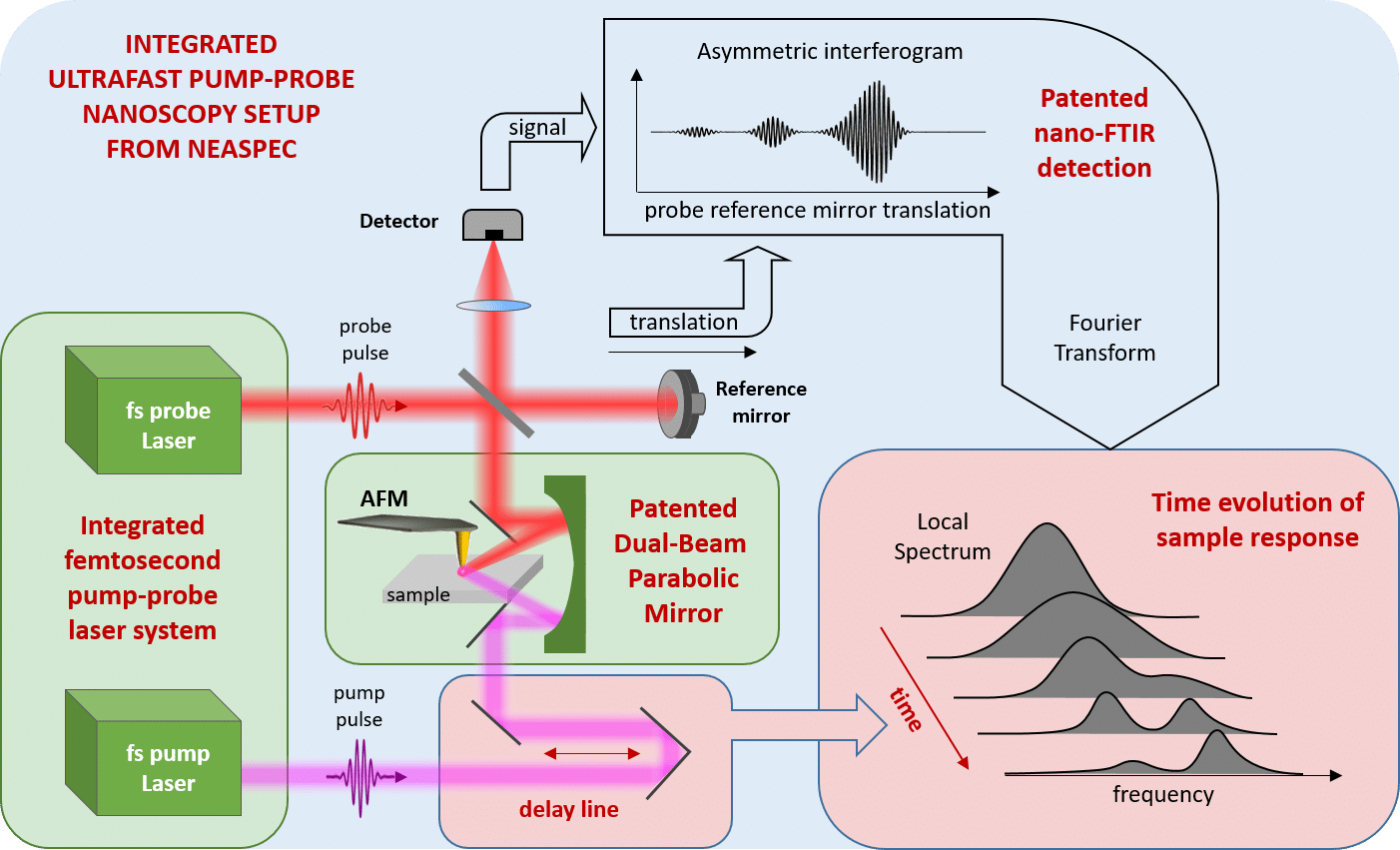 neaspec’s ultrafast pump-probe nanoscopy is based on nano-FTIR setup comprising an asymmetric interferometer where the AFM tip and the sample are located in one of the interferometer arms. Such scheme enables the detection of amplitude and phase of the tip-scattered light, delivering sample reflectivity and absorption. Patented dual-beam parabola allows for simultaneous focusing of the pump beam to the tip. All-reflective optics facilitates the utilization of sources through mid- and near-IR, THz, visible and even UV spectral ranges. Integrated delay lines and pulse synchronization ensure effortless accurate temporal overlap of pulses and allow for detecting sample response as a function of time. An exclusive femtosecond laser designed specifically for nanoscale IR spectroscopy integrates both the pump and the probe sources and provides outstanding temporal resolution down to 10 fs for probing ultrafast dynamics

Compare different s-SNOM technologies and learn why neaspec is the market leader. 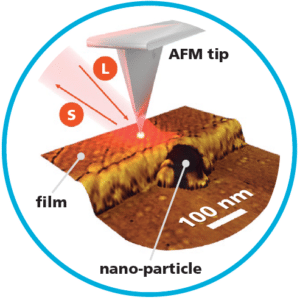 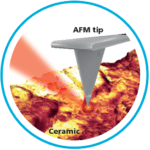 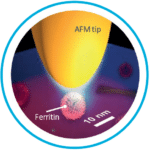 We use cookies to ensure that we give you the best experience on our website.Allow CookiesDeclineRead more
You can revoke your consent any time using the Revoke consent button.Revoke Cookies